Having decided to take on what is known in cycling circles as LEJOG or the ‘granddaddy of British cycling challenges’, the first thing was to set the date. I didn’t want it to be too hot or too cold, so somewhere between April and July. And I wanted to get to Scotland before midge season, so as not to be chased down the road by a million tiny, ‘hangry’, blood thirsty monsters. 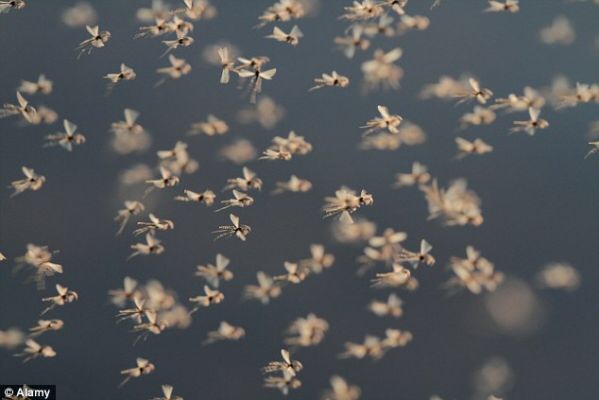 A start date of 19 May was set and that left me with 6 weeks to plan, train and prepare. No problem. How hard could it be? I cycled every week in 40 degree heat in Qatar, so I was fit…. right?…….After the first few hills, I realised I wasn’t quite as fit as I thought. 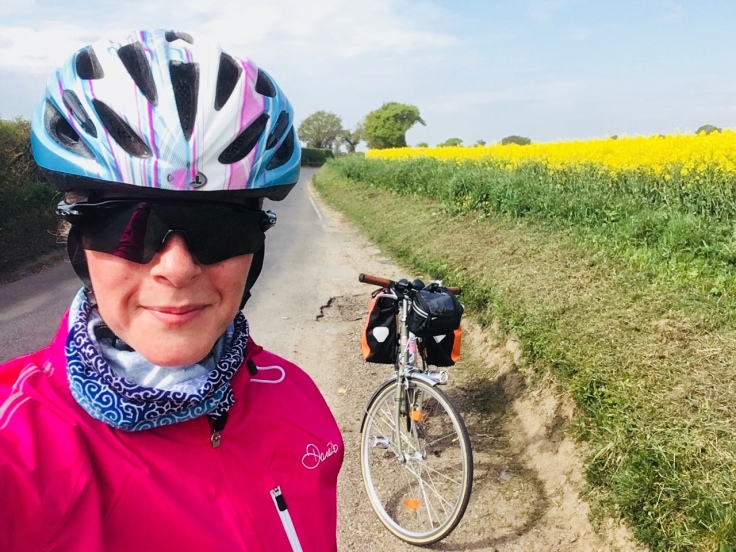 To make matters worse, I’d rather foolishly decided at the very same time to start on a keto diet. And if you know about keto, you know that it means almost zero carbs. I’d read so many positive reports about how great keto is for endurance athletes. Basically the theory is that you don’t ‘bonk’ or crash due to low sugar because the body is running on fat rather than glucose as its main fuel source. And there are many testimonies which support that. 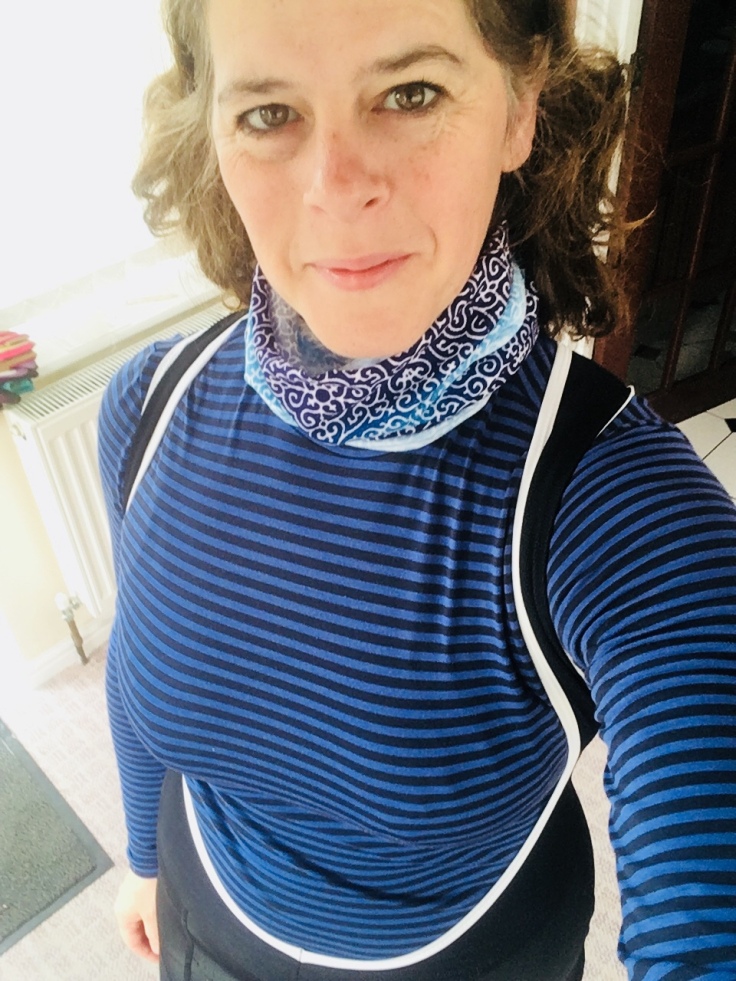 So off I went on my first few training rides, optimistically expecting my body to eventually adapt to burning fat for fuel and I’d be sorted…. 1000 miles no problem.

What I hadn’t bargained for was the hills! Ahh. In Arabic, I might exclaim “mishkela!”… or “problem!” I was getting up the hills, just about, but felt absolutely wiped out every time. And then I met my nemesis…. Oxley Hill. I’d had no breakfast, just a black coffee and was near the end of a 25 mile ride. I’d got almost all the way up but the final section is the steepest. I dropped down to the lowest gear, but it just wasn’t happening and I had to do the unthinkable…. stop and rest!! 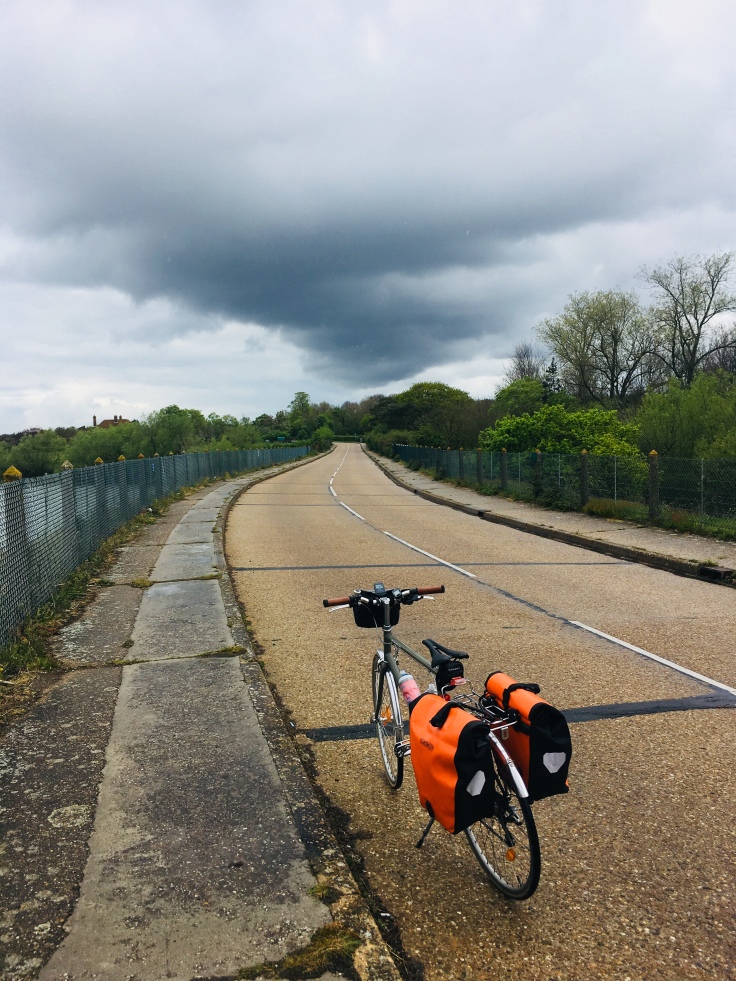 I decided it was simply that my body hadn’t fat adapted yet. But several training rides later when things hadn’t improved, I realised something had to give and it wasn’t going to be the ride, especially as I was doing it to raise money for the children of Yemen.

As soon as I went back on carbs, my muscles started smiling and the hills got easier. Keto is great for endurance but not for the intense bursts of energy that you need to climb steep hills.

I increased the length of my rides each week until I was happily cycling 40 miles in just over 3 hours with no saddle pain.  I was up to around 200 miles a week.

I experienced all sorts on my training rides…. from swarms of insects and angry dogs, to punctures and the odd abusive driver. I had most kinds of weather including freezing fog, strong winds, heavy rain and a hail storm or two. I met all kinds of local wildlife… ducks, geese, rabbits, horses, sheep, cows, goats and some very dumb pheasants that love to run in front of the bike for some reason best known to themselves! 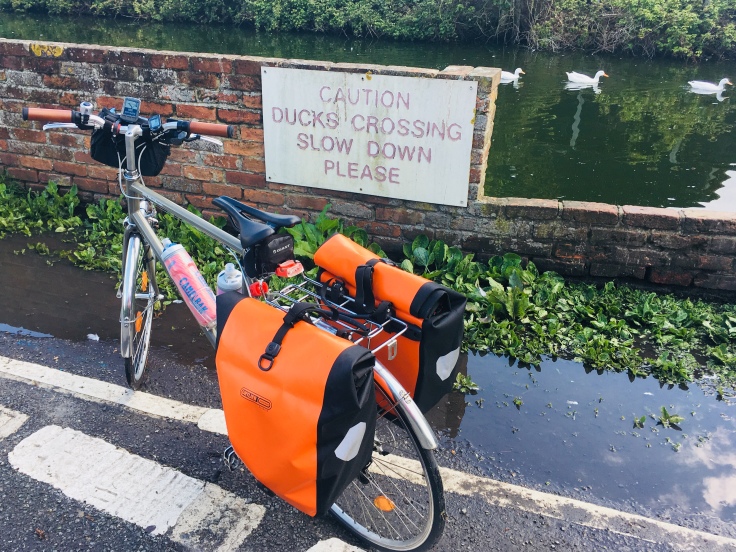 I also found myself sent off down private farm tracks by google which became interesting when the farmer appeared. Full-on damsel in distress mode worked a treat. This called for an investment into a bike computer which now keeps me on the straight and narrow, as long as I do exactly what it tells me to!!

Amazon delivery drivers now know how to find the house, after delivering everything from electrolyte tablets and shot blocks (very cycle technical!) to a midge net and chamois cream to stop the saddle sores, inshallah!!

I arranged all my youth hostel stays in advance because they get booked up, and bnbs in between, and completed my detailed route planning. 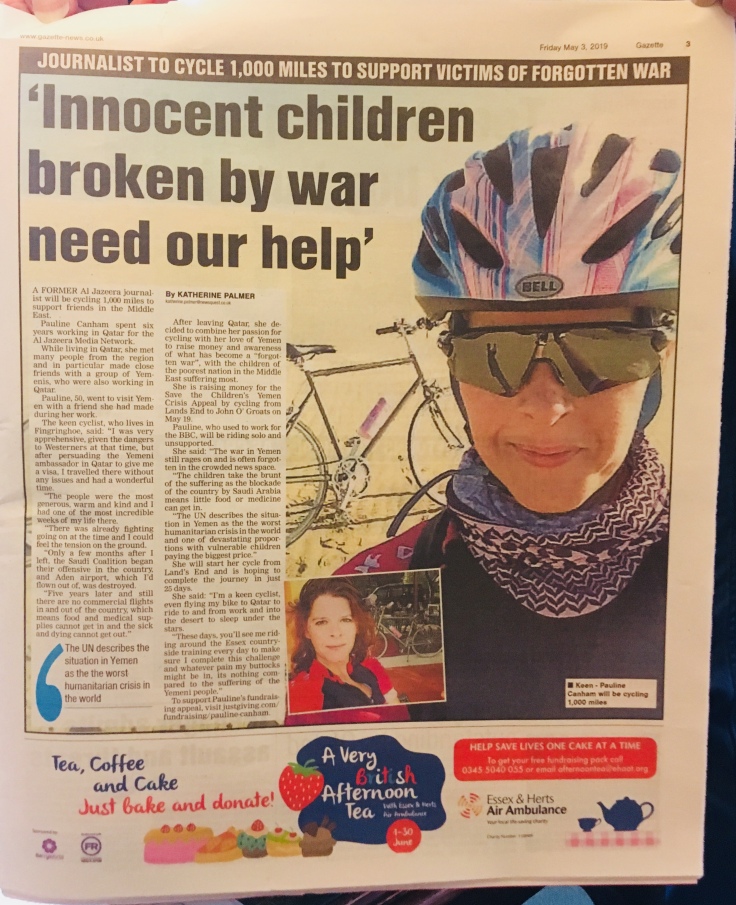 I’m raising money for the Save the Children Yemen Crisis Appeal so it was important to get some publicity, which I did through local press…. getting onto Page 3, no less!! That raised a titter or two (excuse the pun). And I’m doing endless rounds of social media to remind people of my precious cause and plug my Just Giving Page….

To be honest, after all that, I feel exhausted and can’t wait to get started on the ride for a rest!